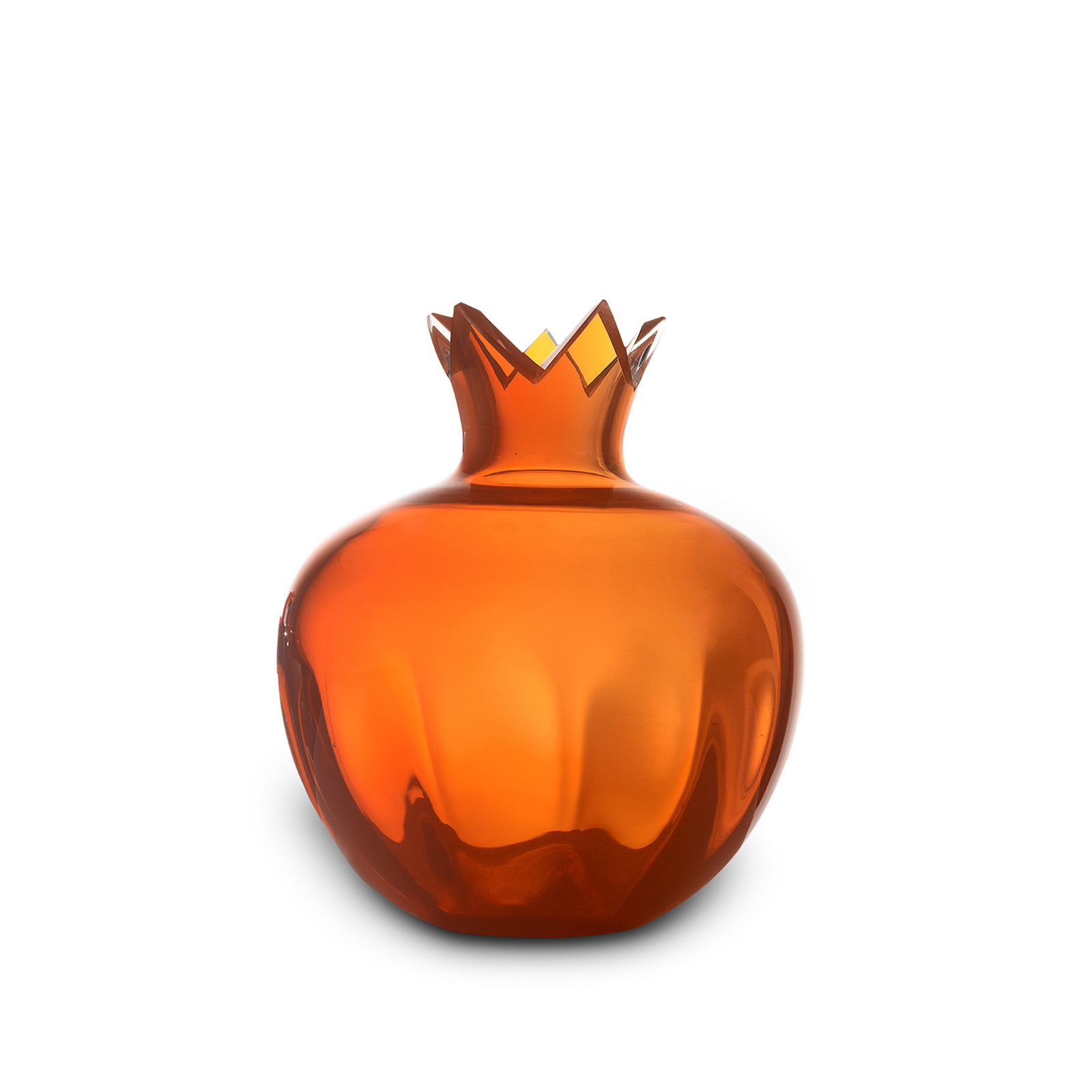 Netherlands celebrates! On April 30, 2013, the new orange vase, the Koningsvaas will be released by the National Glass Museum.

The Nationaal Glasmuseum issued a new Oranjevaasje in honour of Willem Alexander's coronation on the 30th of April 2013. The vase is designed by Willem Noyons, who took his inspiration from a pomegranate. The pomegranate is a fruit with many symbolic meanings, including wealth, fertility and nature's renewal. It represents the diversity and unity of life. The vase is released in an unlimited, numbered edition.