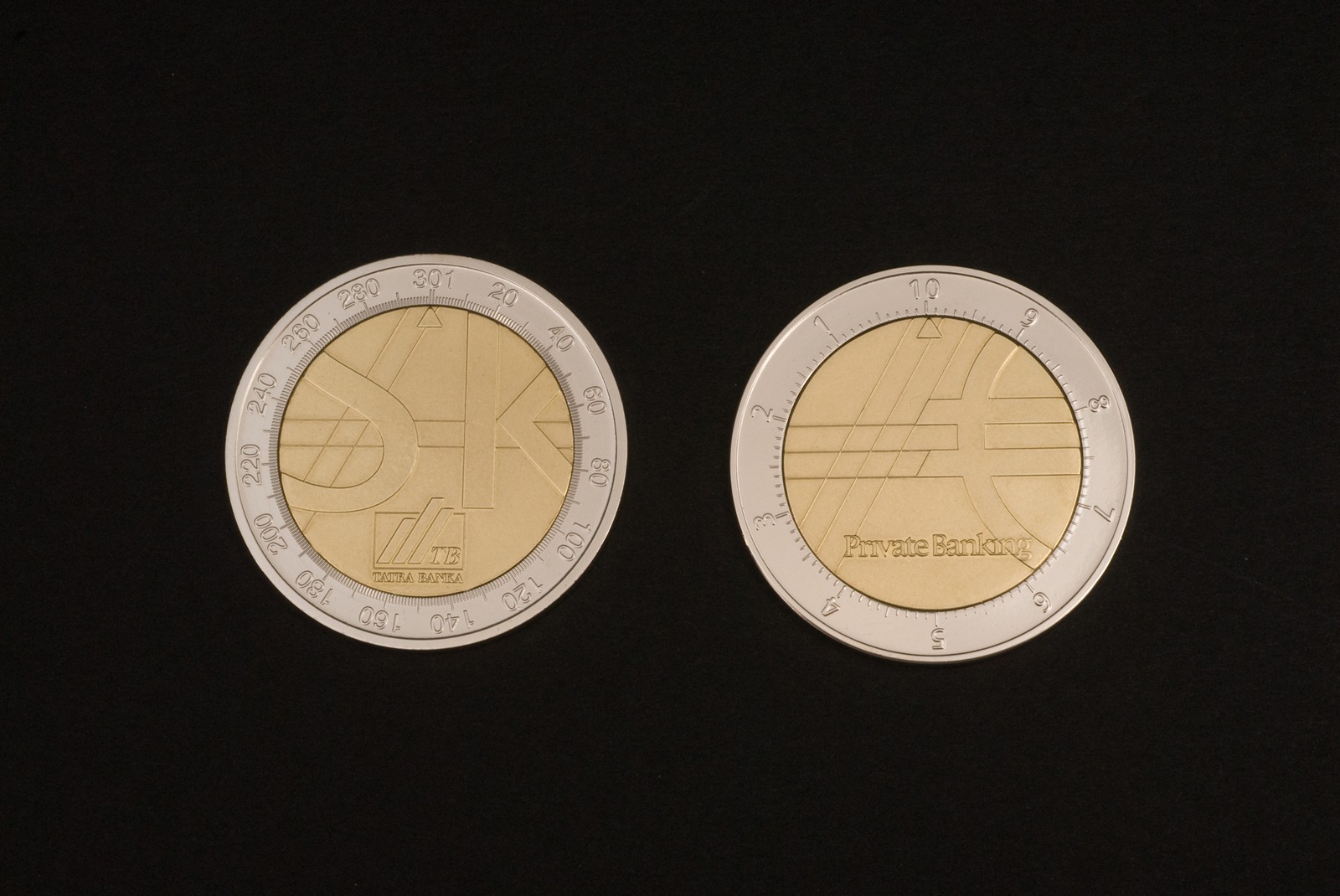 The Euro-X-Changer is conceived before the introduction of the euro. It conmemorates the dissapearance of the local coins and currency and helps to calculate the counter-value in euro's. The ' Euro-exchanger' was designed in 1999, at the introduction of the new European currency: the Euro. This coin would make it possible to convert the currencies of the countries which would be introducing the Euro to their proper new Euro value. The exclusive right for the Netherlands is obtained by the ING-bank. A part from the version in bronze-nickel, there is a limited version of first grade silver coins.

The coin was used on the first of January, 2009 by the Tatrabanka with the introduction of the Euro in Slovakia. A new version was created with the conversion factor between the Slovak Koruna and the Euro.

Rubber vase in a variety of colours